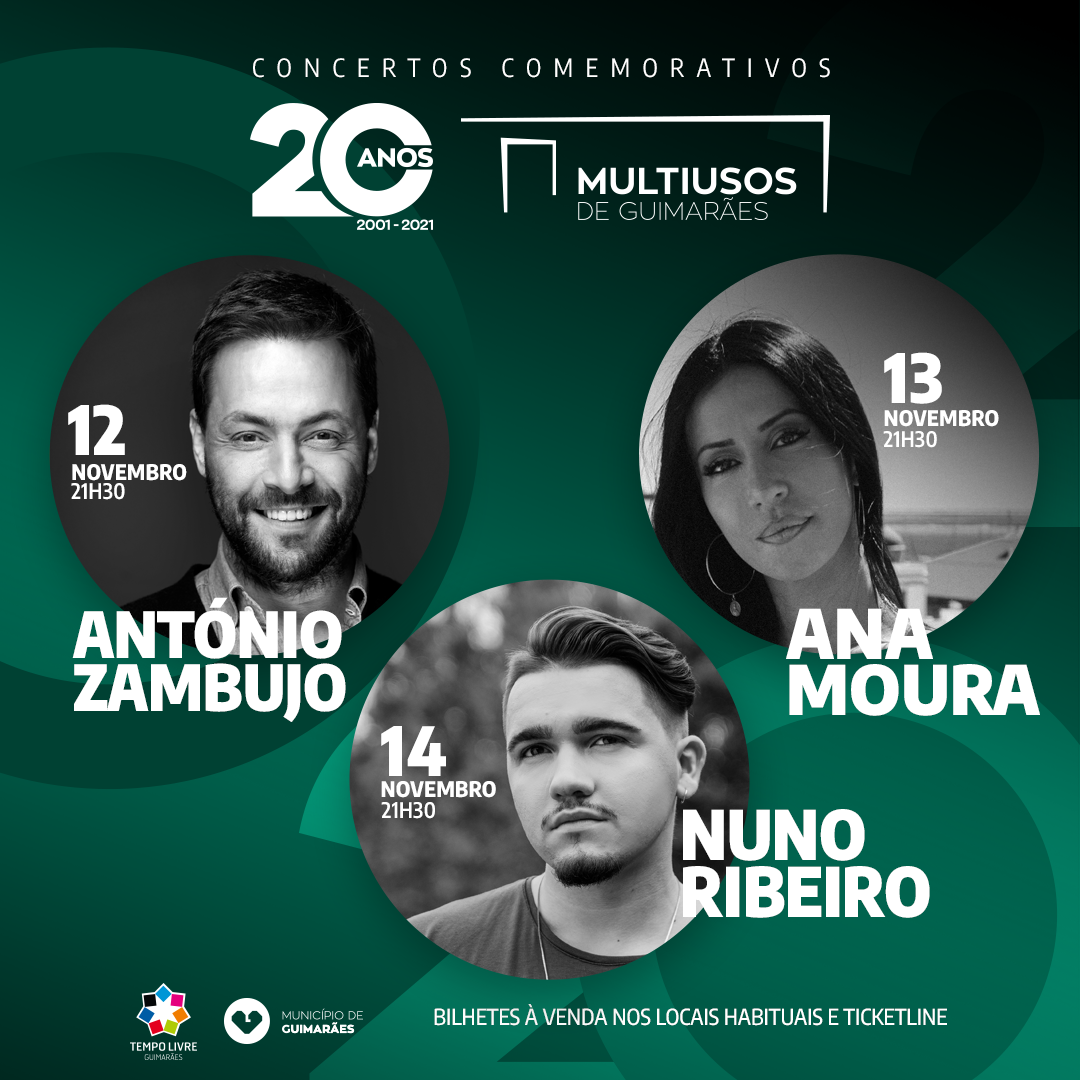 And he will celebrate this date with all those who accompanied him along this route, transforming Multiusos de Guimarães into a huge stage of great emotions. A privileged place of contact with culture and spectacle, a fundamental asset of the local economy and a source of the greatest pride for all Guimarães, Multiusos de Guimarães will celebrate its 20th anniversary with a concert cycle featuring the best of Portuguese music, in a weekend that promises to be memorable.

António Zambujo will be the first to take the stage, on Friday, November 12th, at 21 pm. One of the greatest contemporary artists, authors and interpreters of Portuguese music, and one of its most notable ambassadors in the world, Zambujo incorporated in his music the influences of Brazilian songbook, in particular Bossa Nova, first forged in the tradition of Cante Alentejano and Fado , from where he set out to create a unique personality, inspiring a new cycle in Portuguese music, while breaking down borders, real or imaginary, bringing the two sides of the Atlantic closer together.

The following day, November 13th, Saturday, also at 21 pm, one of the most charming female voices of fado in our country takes the stage at Multiusos de Guimarães. Ana Moura will present her new album “Jacarandá”, a world of pure melodies and emotions, in a sophisticated production that appeals to the rhythm and the sweet swing of a two-person dance.

On Sunday, the 14th, this time at 21 pm, Nuno Ribeiro's joviality takes over the stage. The last few months have been of great growth and affirmation for this young revelation in Portuguese music, and themes such as “Longe”, “Por Ti”, “Tarde Demais”, “Paralá das 00” or the more recent “Nas Ondas do Mar ” (with Brazilian artist Nick Cruz), are one of the most played on Portuguese radio, and with unusual numbers on digital platforms such as Youtube and Spotify.

Tickets at the usual places, available from this Thursday.