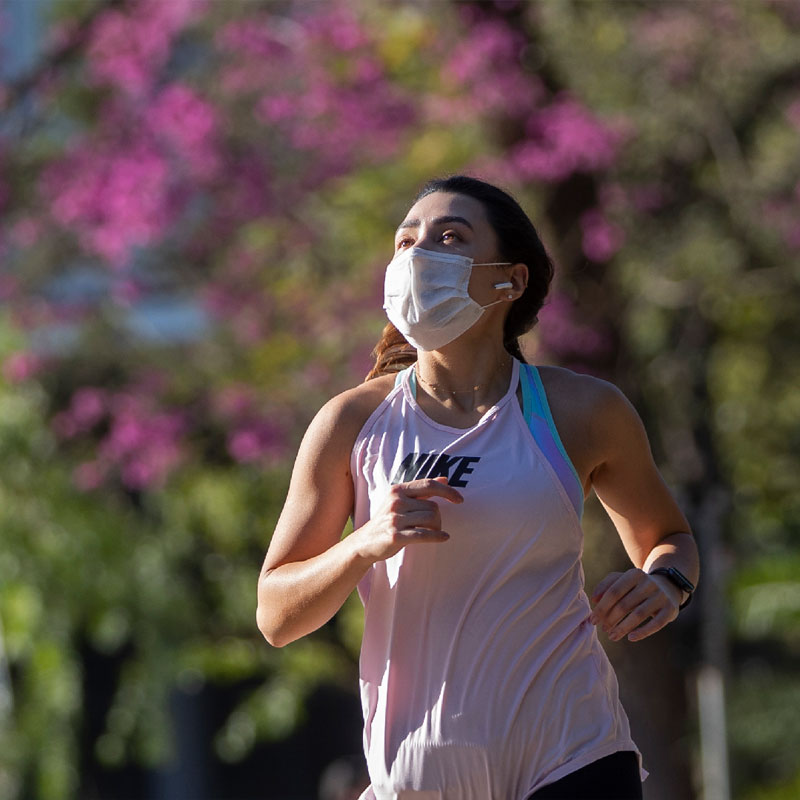 Those over 65 and women were, in fact, the groups that revealed that they were feeling the negative impacts of confinement more and, in the case of women, it is particularly relevant, in addition to the issue of physical activity, that related to eating habits and altered sleep routines. There is also a pertinent conclusion that establishes a direct relationship between the practice of physical activity during confinement and the perception of a good mental condition. In addition to the question of physical condition whose relationship is more obvious, it also appears that those who are practicing physical activity say they feel better mentally.

Conducted between March 27 and April 16, the study aimed to assess and compare physical activity habits of the population of Guimarães - before and after the prophylactic social confinement period resulting from the Covid-19 outbreak - the eventual change in eating habits and the eventual alteration of sleep routines. 384 people responded to the survey, with the stratification of age groups applied by the intervals of the Instituto Nacional de Estatística (Censos 2011).

Of the respondents who practice physical activity in confinement, 55% do it on their own initiative and 26% follow advice and exercise suggestions through social networks, with 33% doing it at home, with a regularity above four times a week (34 %) and lasting 30 to 45 minutes (40%).

The study carried out by Tempo Livre reveals that 54% of people did not change their eating habits, with a percentage of 37% who said they were more careful, especially in the 20-39 and 40-64 age groups. Women assumed they were less careful with their diet than men.

As for sleep routines, 57% of the people who answered the questionnaire said they had not changed their sleeping habits, but in this case there are 26% of people who assume that they started sleeping worse, this trend being more evident in the 20 age groups. -39 and 40-64 years old and in women.

It is recalled that Tempo Livre, to keep in touch with its users, with the community and support people in confinement, launched the “Stay at home and stay active” initiative through which it offers classes and exercise tips.
With the transversal involvement of all its technicians and teachers, in addition to the prescription of physical exercise with a universal character, the Tempo Livre it also provided specialized online classes for pregnant women and seniors, in the extension of the Barriguinhas Desportistas and Vida Feliz projects.

The “Stay at home and stay active” initiative involved 21 exercise technicians, having produced more than 100 videos, corresponding to about 20 hours of content available at http://www.facebook.com/tempolivre and on the Youtube channel of Tempo Livre (here).

Tempo Livre © 2023. All Rights Reserved. created by design me