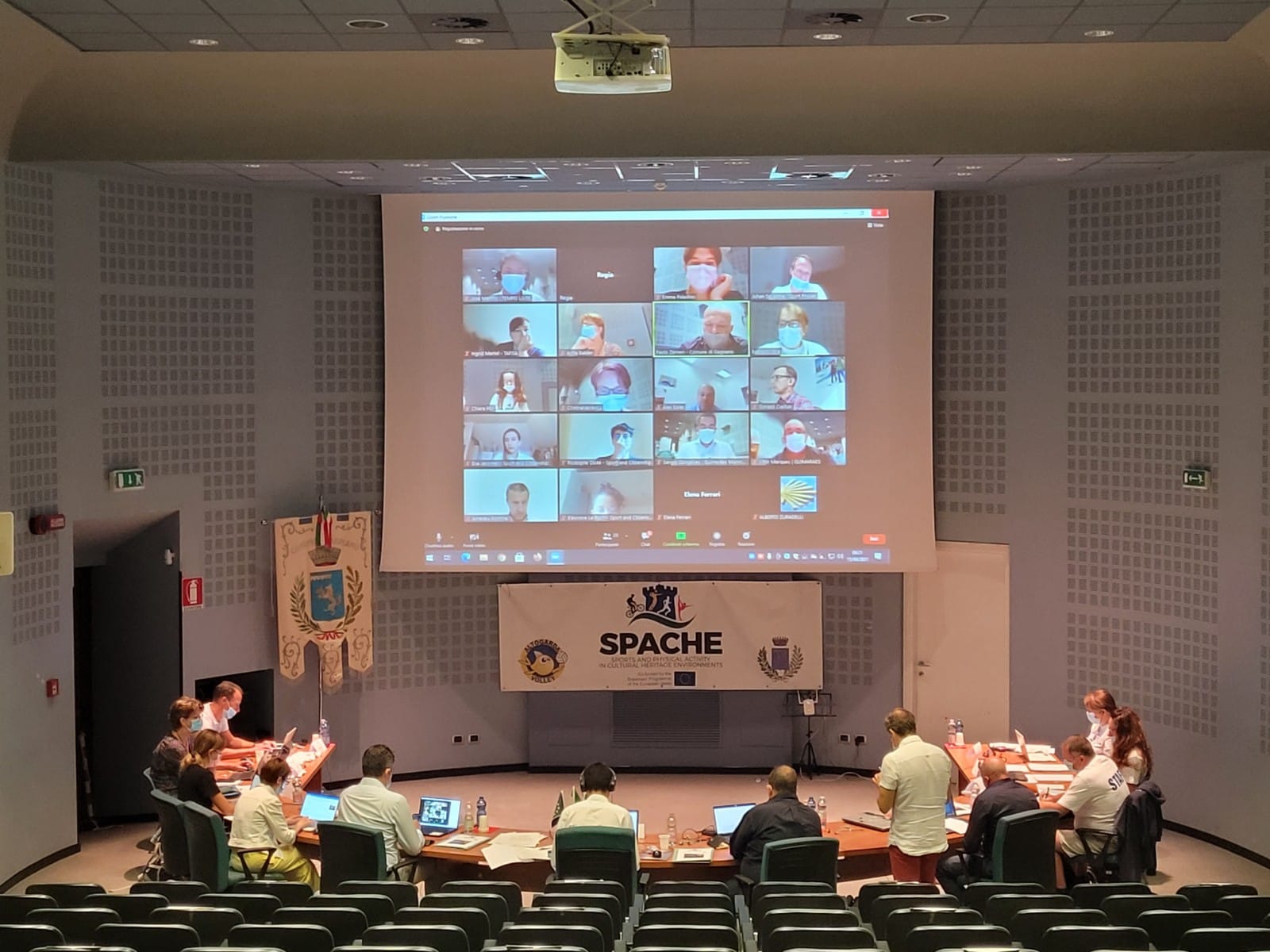 Cultural heritage as a means of promoting physical activity and sport

The second transnational meeting of the SPACHE project – Sport and Physical Activity in Cultural Heritage Environments, led by Tempo Livre through the Sports Studies Center and in which representatives of the Municipality of Guimarães also participated.

The meeting organized in a mixed format (face-to-face and online) was coordinated by Tempo Livre and had all the partners of the consortium, representing six countries of the European Union (Portugal, Germany, Slovenia, France, Italy and the Netherlands)

During these three days, the guidelines for the pilot projects to be carried out in 2022 were discussed, highlighting the fact that they are aimed at a target audience that is usually inactive and intends to motivate and involve in the practice of physical activity and sport, in contexts related to local heritage and culture.

The pilot projects will be implemented in 2022 in four countries (Portugal, Slovenia, Italy and the Netherlands) and will seek to put into place the action plan to be drawn up in the coming months.

This international meeting, organized by the Italian partner, Alta Garda Volley Association, also served to make known all the cultural heritage of the region, in a territory framed by the high mountains and by Lago di Garda.