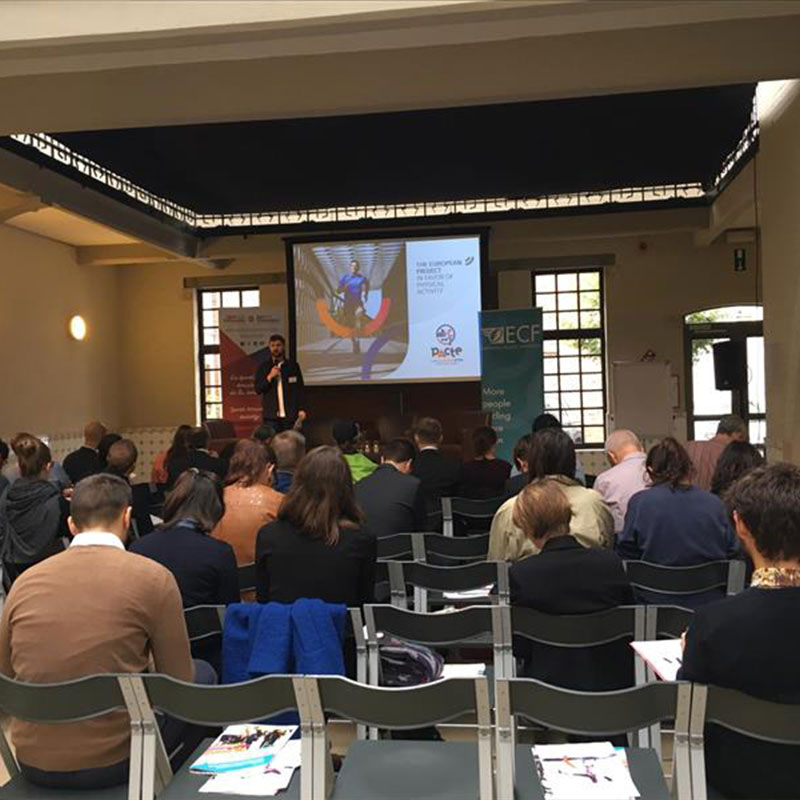 How to integrate physical activity in the places where we live, study and work and how we can move in cities more actively were some of the issues under analysis at the reflection meeting on mobility and the role of cities and the business and private sector in promoting active mobility towards more sustainable cities, with better quality of life for all are some of the topics under analysis.

The working session brought together representatives of organizations and entities that promote physical activity and sport, researchers, sports managers and other agents with the mission of defining a strategy to combat inactivity in Europe.

In previous analyzes, studies were identified that associate physically active people with less polluted cities and with lower crime rates, having estimated that in Europe there are 200 million inactive people and that European sedentary lifestyle has an annual cost of 18 billion euros (health costs in general, absenteeism from work, chronic illnesses, lower productivity, etc.)

At the PACTE project meeting in which Guimarães was represented by Tempo Livre, through the Sport Studies Center - Guimarães, several European cities contributed their experience and shared good practices and examples of projects that promote active mobility and more friendly cities for pedestrians and cyclists.

Despite scientific evidence and political attention to the benefits of promoting healthy lifestyles in European countries, the sedentary crisis is growing. More than 200 million European citizens are inactive (do not practice any physical activity or sport in their daily routine), and 66% of policy makers (at local, regional and national level) are unaware of the situation and have no strategies to combat the situation .

The PACTE project working group is convinced that there is an opportunity to reverse this trend and that cities (where more and more people are concentrated) have a fundamental role to play, especially with regard to active mobility in urban environments.

In this regard, an appeal was made to municipal and national authorities across Europe to invest more in infrastructure that makes city streets safer, with less space for cars and more for people to walk and ride a bicycle.

Within the scope of the PACTE project, a representative survey is underway that includes a survey of policies and good practices developed by European municipalities and based on fieldwork, it is intended to present a model that can be replicated in order to make European cities more active and sustainable.

It is recalled that Tempo Livre previously participated, at the invitation of the organization, in the meetings of the PACTE project held in Liverpool and Berlin.