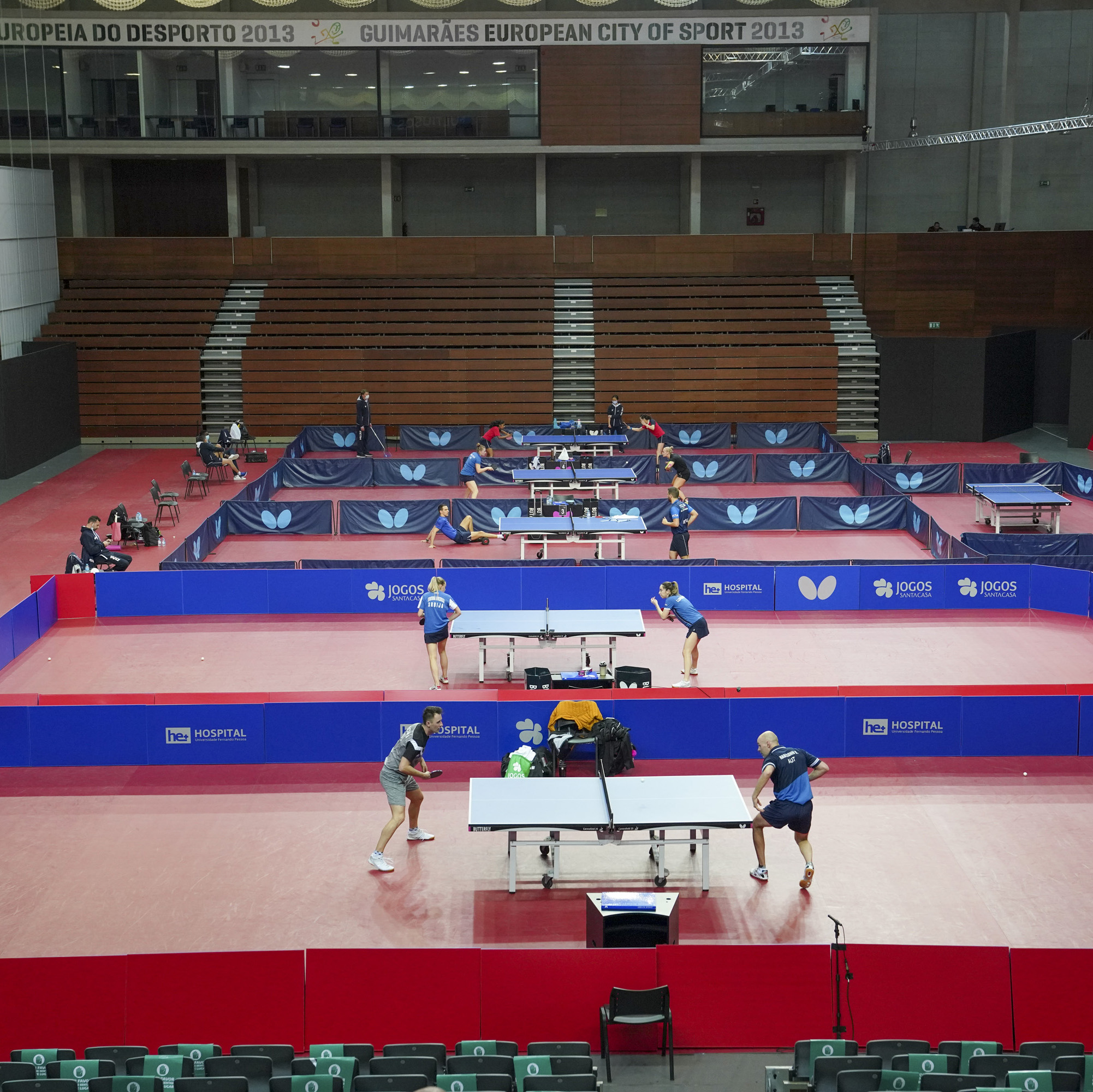 Passport to Tokyo is stamped in the Multiusos de Guimarães

From 21 to 25 April, Multiusos de Guimarães will host the European Individual Olympic Qualification event, a sporting event that exposes the full capacity of the room and its team to host international sporting events with total security.

For tennis players it is a very important event because it guarantees access to the Olympic Games, but for the Multiusos de Guimarães team this is also a very important event, as it puts at stake all the organizational capacity of the Tempo Livre to host major sporting events.
The current moment of pandemic crisis implied impressive logistics, and the assembly and preparation operations of the enclosure, which involved dozens of people and many resources, obeyed the most demanding public health standards.
The work developed, and which will be maintained with an equal standard of demand and response throughout the qualification, is done in permanent articulation with the FPTM - Portuguese Table Tennis Federation and the public health authorities.
For the team Tempo Livre it is a moment of particular enthusiasm, after a very long period of inactivity. This sporting event is also a demonstration of the permanent care, but also of the ability and competence, of Tempo Livre and Multiusos de Guimarães to host large events in safety.

Cheering for Shao Jieni
The Portuguese international Shao Jieni is one of the four seeded players, which guarantees him to qualify directly for the second phase. Therefore, it only enters the competition on Thursday afternoon. On the same day you will know the results of the draw that will dictate who will be the opponents with whom you will dispute a qualification for Tokyo.
38 male and 41 female athletes are enrolled in this event. At stake are nine places for the Singles of the Olympic Games, five for men and four for women.
Participants are spread over 10 qualifying groups and will play this Wednesday and the morning of April 22. The first and second placed teams from each group progress to the second phase, joining the four seeded teams.
Once the 24 athletes are qualified, the second phase (to be held on the afternoon of the 22nd, the 23rd and the morning of the 24th) is played in an elimination system. The two male and female finalists are qualified for Tokyo, and the remaining 22 tennis players continue to phase 3 (which takes place in the afternoons of the 24th and 25th of April), also in the elimination system.
According to the FPTM - Portuguese Table Tennis Federation, host and organizer of the event, Portugal has already guaranteed its presence in the Olympic Games of the male team, which automatically attributes the qualification of two male athletes. Fu Yu is determined to have won the Singles event of the 2019 European Games in Minsk.