Walking Football kicks off with clubs from Nationals involved 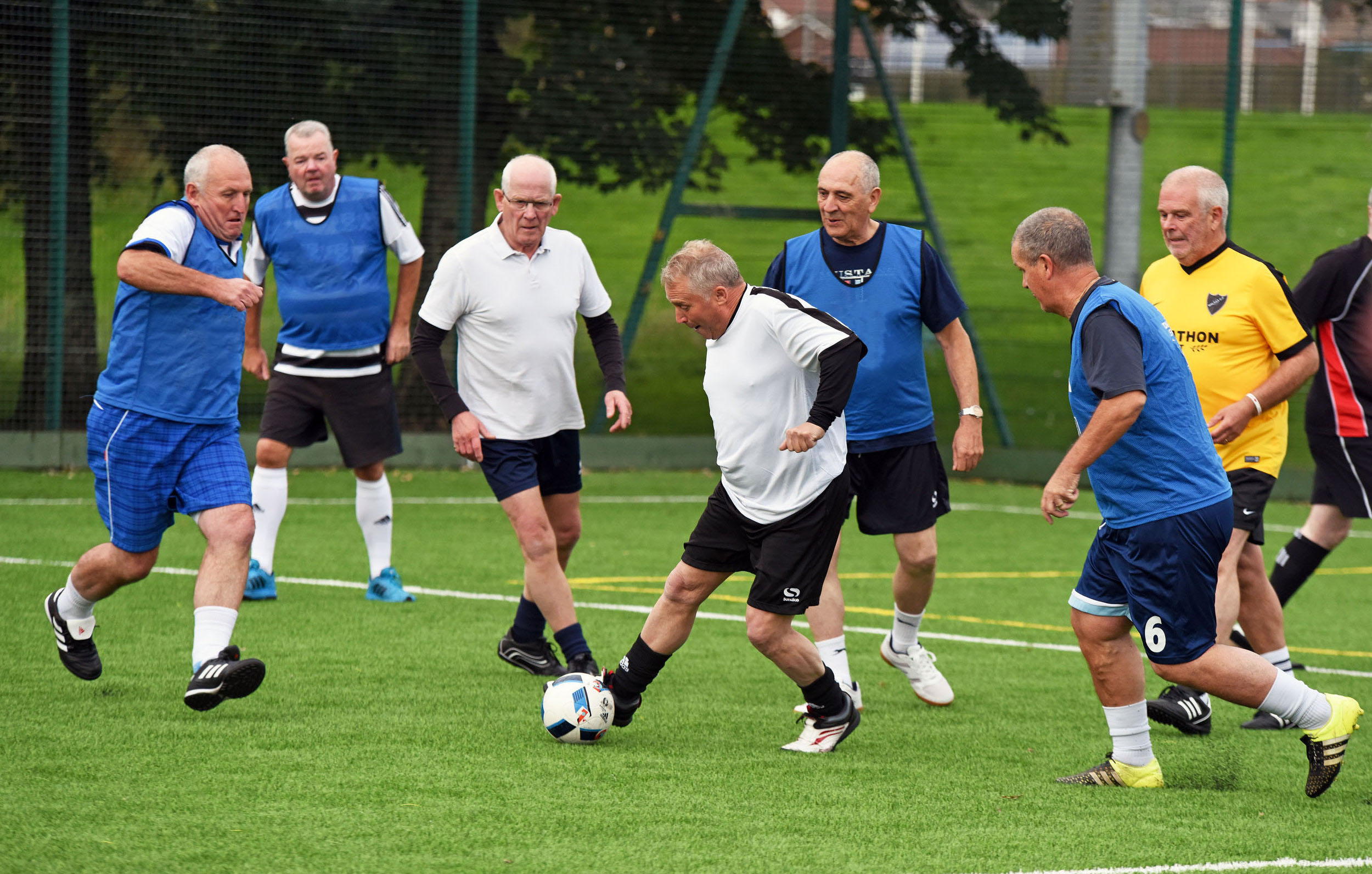 Walking Football, or Futebol a Passo, is more of an initiative than Tempo Livre will launch between September and October, within the scope of the Happy Life Project, an active aging project aimed at the population of Guimarães aged 55 or over.

In 2019 the Tempo Livre decided to start with the dynamization of the sport, managing to form a consolidated group of practitioners, which immediately showed that in a municipality so strongly linked to Football, this could be a modality that could boost the practice of regular physical activity, among the population with more than 55 years.

It is now understood that the effect of this modality on the population may be more expressive, if the project is extended to clubs, enhancing its social implementation.

In a pilot project, which will start in the next sporting season (2021 – 2022), the Tempo Livre, in partnership with AF Braga, decided to invite clubs in the municipality of Guimarães, whose senior teams are currently playing in national competitions.

Together with the clubs, the final project is being finalized, whose implementation is scheduled for October 2021.

Based on this pilot project, another project will then be designed that could be extended to all clubs in the municipality, fulfilling the premise of promoting physical activity among the senior population, in an extension of what the clubs' social mission should be.