Meetings to prepare the PMPAFSQV 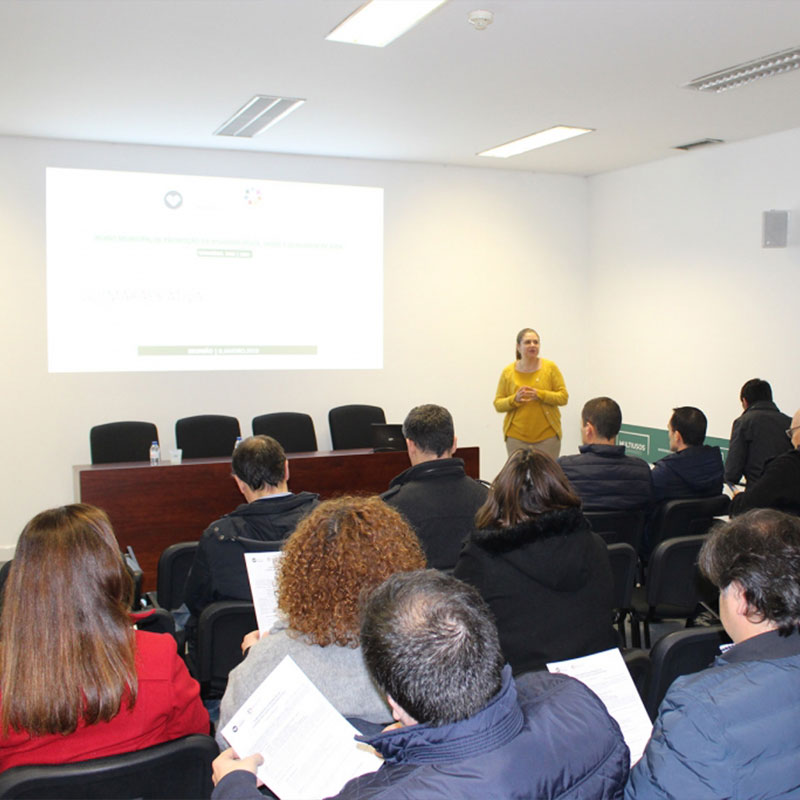 Guimarães promotes meetings to prepare the Municipal Plan for the Promotion of Physical Activity, Health and Quality of Life

A Tempo Livre the Guimarães City Council has promoted sectoral meetings with a view to preparing the Municipal Plan for the Promotion of Physical Activity, Health and Quality of Life in Guimarães (PMPAFSQV).

In the first cycle of meetings, held on 6 and 8 November at Multiusos de Guimarães, 14 educational establishments and 19 parish councils participated, and in a second phase, from 8 to 10 January, student associations, youth associations, youth associations, parents, ACES do Ave, Guimarães Sports Medicine Center, Senhora da Oliveira Hospital, IPSS, Social Action Division (Guimarães City Council), Fraterna and Sol-do-Ave. Work meetings will soon be held with other entities and partners in the project, including the clubs and sports associations of Guimarães.

In addition to the presentation of the Municipal Plan for the Promotion of Physical Activity, Health and Quality of Life in Guimarães, problems and constraints were identified and contributions, ideas and suggestions were collected from the entities present.

Unique project in the country in the area of ​​promotion of Physical Activity, Health and Quality of Life, the The plan will define a strategy for the 2018-2025 cycle with a view to increasing and increasing the rates of regular and practical physical activity, generalizing school-age sports, promoting sport as a tool for social inclusion, reducing gender differences in sports and physical activity and increase the health, well-being and quality of life of citizens.

The meetings were accompanied by the Executive Committee of the Plan for the Promotion of Physical Activity, Health and Quality of Life, led by Amadeu Portilha, President of Tempo Livre, as well as members of the Consultative Committee and the councilors of the Guimarães City Council Adelina Paula Pinto (Education and Youth), Ricardo Costa (Sport) and Paula Oliveira (Councilor for Social Action).

The strategy to be developed has as target population, among other groups, the school and university population (children, adolescents and young people in training), populations at risk and in situations of social exclusion, seniors and people with disabilities.

At the first meeting of the Advisory Council, chaired by Pedro Sarmento Lopes, a professor at the Faculty of Sports at the University of Porto, the professor stressed that “what is happening [in Guimarães with the Physical Activity, Health and Quality Promotion Plan] of Life] is something completely new. We are not used to working sport with health, universities, municipalities and business parks. What is happening is something totally new ”.

With the plan "it will be possible to understand how everything is combined and interconnected in order to use the data survey that is already being carried out in a competent manner", explained Ricardo Costa, Councilor for Sport at the Guimarães City Council. “Most people say that physical activity has increased in Portugal in the last few years, but that is just a simple perception that is contradicted, in fact, by the reality of the study numbers. It is important to understand what is happening and define what should be done, not only at the sporting level, but also in education, at the social and even business level, said the mayor.